This is a Part 2 to another blog called “Ask” so if you really wanna get this one and if you wanna make me feel good go read that one first. Click this link!
Ask, Seek, Knock

As you read, for YEARS The Lord has been showing me that all I have to do is ask for what I want, but I still struggle to believe Him for crazy things.

I’m about to take you on a journey that I’ve been on since last summer. OhCAE? Follow me.

In July 2014, I moved to a new city after living in East Lansing my entire adult life, 8 years at the time. I didn’t have a job. I had spent my savings on my last few months of rent and car notes. The move was abrupt and I had no plan. Gas was still 3.75+ per gallon so commuting to my church in Lansing wasn’t an option. So I started going to another church that I was introduced to via my home church. Before I left the Lansing area, my home church started announcing a trip to Israel. I heard of it and thought it’d be cool to go, but as you’ve read I had no money. Fast forward to attending the new church and they announced the trip to Israel. (It took me a while to realize it was the same one). And when they announced it, they explained that this is an annual trip they plan to give people a right for Israel, but this year was different. This year isn’t gonna just be a normal tour. This is a year of strategic intercession, a year to be a watchmen on the wall, year to go into that region and be purposeful about shifting the atmosphere. That announcement charged me up, BUT I was bummed because although I had started making a LITTLE cash, a trip to Israel was super far fetched.

I started getting sad about my life in general and I just cried out to The Lord and asked Him why did it feel like I could never have or do anything I want? Why did I seem to only do things out of necessity. I told Him I really wanted to go, but it was impossible.

A few days later, I was rereading some of my blogs. I came across the one mentioned at the top of this one and The Lord began to minister to me through that piece. So… I asked. I asked The Lord if He could make a way for me to go on the trip.

In November, I decided to move to Detroit (yes, I was doing a lot). When I moved to Detroit, the family I was babysitting for didn’t want to lose me so they increased my hours as well as my salary. I was able to afford commuting and pay bills and still be able to save a little for the first time in forever. Still… Israel was a no go. I didn’t know what to do. So… I asked.

I posted on Facebook and asked my friends if I made a donations page would they help me pay for the trip.

I made it and chose an arbitrary end date in January and I was encouraged because people started giving, but that was before I found out the money was due December 18.

I wanted an extension. So… I asked.

I ended up getting an extension and I made the final payment the day before my extension deadline.

To paraphrase myself in “Ask”, There’s nothing wrong with asking your Father for what you want. He doesn’t love you any less just because He tells you no. Accept the rejection and remember that He knows the end. But just like with my shirt and trip to Israel, even though it may seem crazy, sometimes the answer is yes, but you won’t know that unless you’re crazy enough to ask! 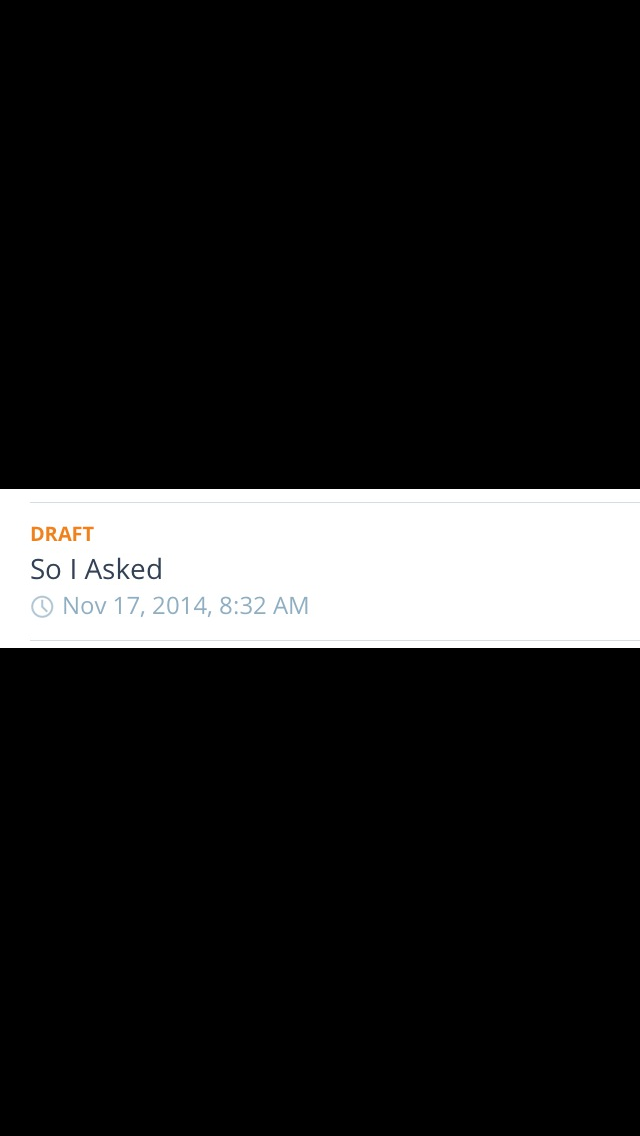 As you can see, I started composing this months before I had the money, but I have learned something recently that it so simple that it’s hard to comprehend. If you want to believe in something, just believe. Did you get that? If you want to think something is true then just think it. And when you are convinced that it’s true, you’ll start to act as if you believe it. I really wanted to believe that God’s word is true when it says ask and it shall be given, but in order to show I believed it I had to ask and expect that I’d get what I asked for.