Different cultures do and accept different things. Seems obvious, right? But for most people it isn’t.

During my freshman year of college, I was conversing with two friends about a proposal that was on the table at my school. A group of students wanted to make all the restrooms unisex so that transgendered students wouldn’t have to be forced to go to restrooms they didn’t feel comfortable in because of their outer appearances. My friends were completely against the idea of unisex bathrooms.

“So Claricha,” my male friend started, “you’d be okay with me being in the bathroom while you’re taking a shower?” He asked.
“No, because I’d be naked. But that’s totally different from you peeing in a stall next to mine. You guys only think it’s weird because you’ve grown up that way. If the norm was unisex bathrooms, you would think it was weird to have them separated by sex.” All these years later that conversation popped in my head when I was in Israel and this happened. 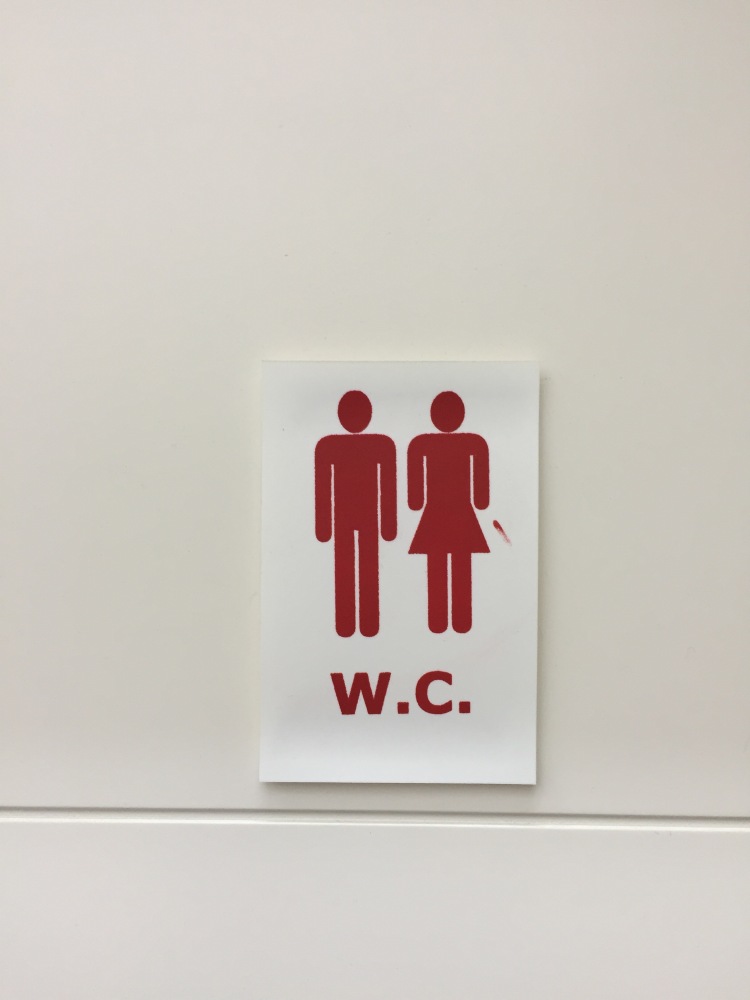 Wouldja look at that? A unisex bathroom and nobody bats an eye because it’s normal there.

**Enter an ear piercing scream here**
That’s what one of the ladies I was on the trip let out when a stray cat rubbed against her leg while we were eating at an indoor restaurant.
We all laughed at her. The others at the restaurant didn’t even notice the cat because it’s normal there.

Speaking of restaurants, I went out with some others last night and got some yummy ice cream. We sat down at the tables outside of the sandwich place next door. We were asked to leave though. Why? “Milk and meat, it’s not kosher.” You can’t have dairy products served with meat. Crazy. You’ll never be able to have a cheeseburger or a chicken caesar salad with Parmesan cheese. That’s so weird to me, but it’s normal there. 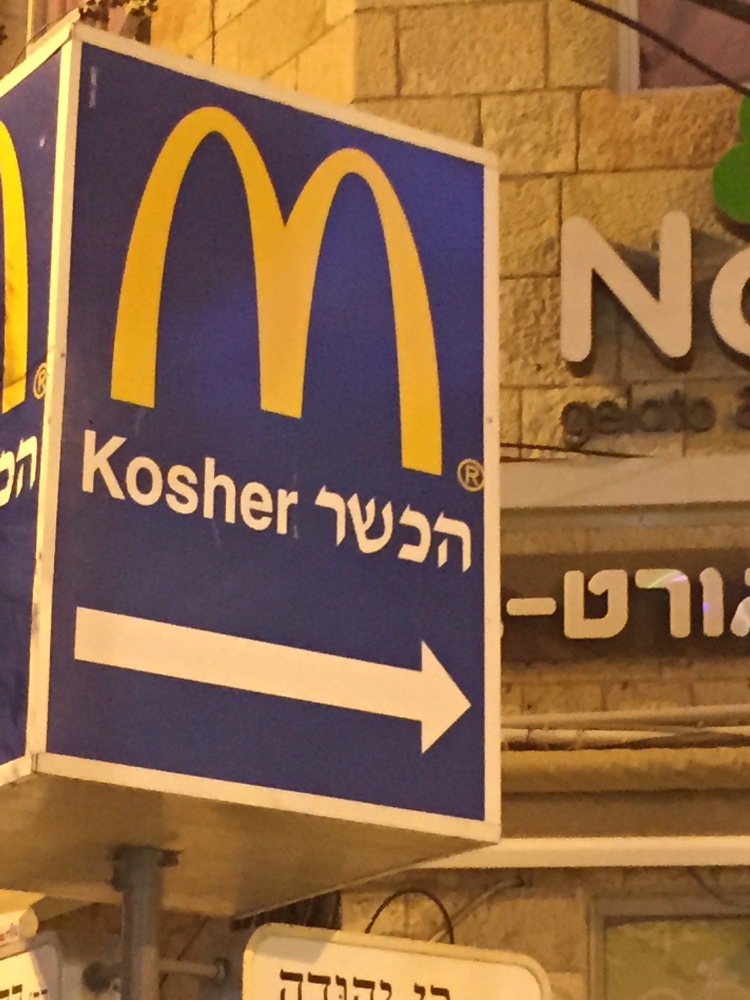 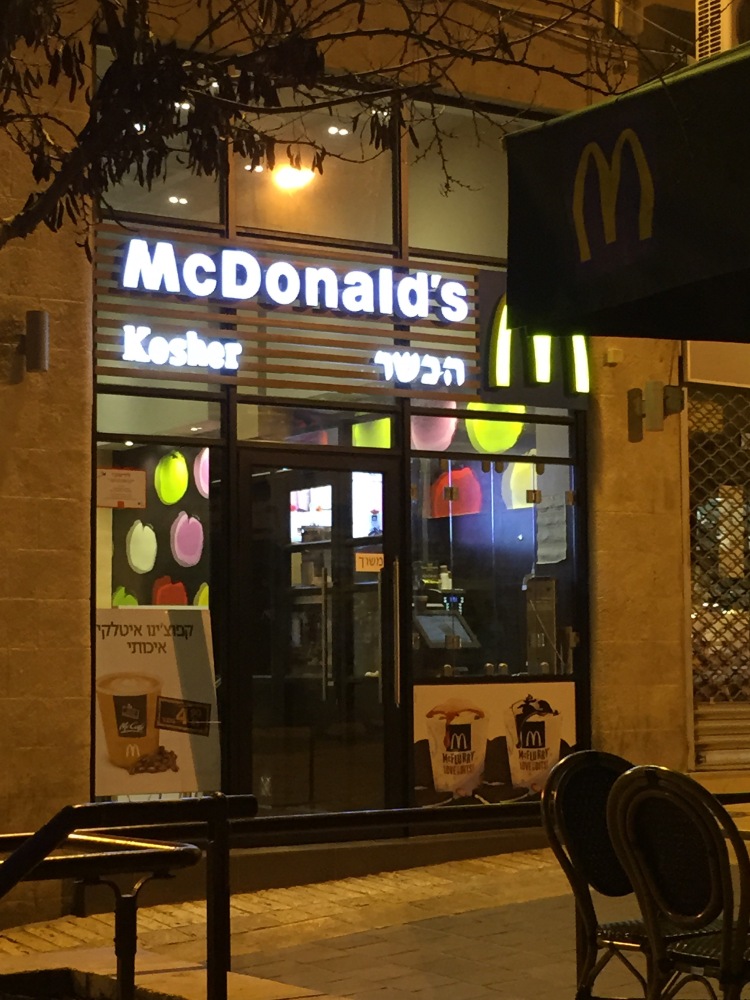 No milkshakes with my McChicken?! Malarkey!

I wanted to take a pic every time I saw a smoker especially the one who couldn’t have been older than 13 or the ones smoking in the restaurant. But I didn’t because no one else was taking pics of them. Because it’s normal there.

In America, we have all kinds of initiatives making smoking in public illegal because we don’t want our rights to clean air infringed upon by others. In fact, we think it’s rude when people do that. So as we walked through different cities in Israel, I heard a few people comment on how rude it was for the smokers to smoke in restaurants or near others. But guys, you have to remember it’s rude to YOU, not to them because it’s normal there.