In fifth grade, we had a mock governor election. The current governor, John Engler, was running against Attorney Jeffrey Fieger. In our class, John Engler won.

Quick background story for non Michigan followers: Once upon a time, John Engler ran Michigan into the ground and everybody knew it. The end.

So why did he win our mock election? The same reason Martha Reeves got elected to Detroit city council. Which happens to be the same reason Donald Trump and Hillary Clinton are leading the republican and democratic parties, respectively.

Y’all don’t really care about politics. You’re just going for what you know. Be wiser than my class of fifth graders.

Just in case y’all won’t wise up, I’ll take my concerns to the Lord. 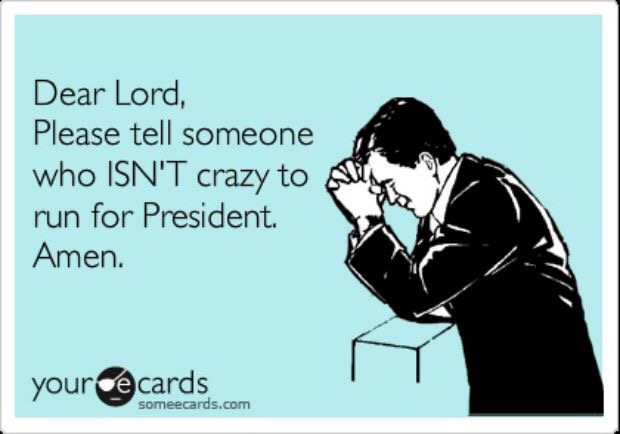