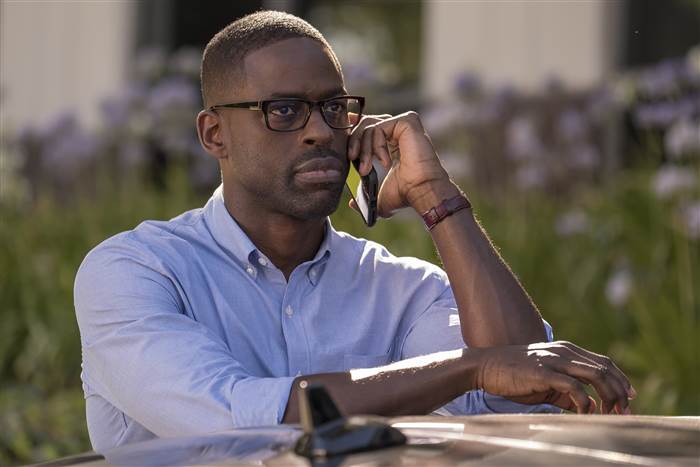 When I say I *LOVE* Randall I am reminded of the power and limits of language because I am not fully conveying how moved I am by this character.

I read once that people who cry on movies and TV shows tend to be sensitive people, in general. I read it and totally agreed, because clearly I am a thug.

(yes, the use of a white man’s face to illustrate “thug” is intentional.)

But let me tell you how This Is Us challenges my identity as a thug ALL the time! One character who consistently tugs on my heart is Randall. His story is so layered and I can’t help but get sucked in.

Let’s start with the fact that he’s adopted. Black kids make up nearly 40% of the foster care system despite the fact that Black people are less than 15% of the total population of America. Black babies are less likely to get adopted and the likeliness only lessens as they get older. So Randall being adopted as newborn sets the stage for the unique life he’s going to live. 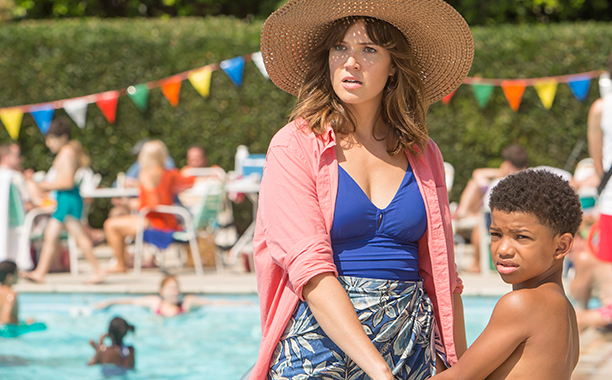 Look at little Randall. This beautiful little boy begged his parents to go to this particular pool on a super hot day. Later we find out that it’s because this pool always has lots of Black people. We also learned in this scene that he’s been breaking out because his barber doesn’t know how to cut Black hair.

Foster and adoptive parents (and those of you who might do it in the future), you can wholly love your child, but that doesn’t mean you know what they need. Most times adoptive families are able to provide their child a “better” life than their bio parents would’ve been able to. However, the best way to love them is to honor the fact that they are different from you. Honoring those differences makes everybody’s lives better.

Jack had to argue with his wife about the importance of their son having Black mentors. Randall started going to random Black people to see if they could roll their tongues in hopes that he’d find a genetic connection. Rebecca lived with the lie that her love to him was enough to fill the void, but it wasn’t.

Enter the devastation we all felt when we found out that Rebecca knew William all along. Adoption provides a new way of life, but it doesn’t replace the other life that would’ve emerged. That’s why I loved Number 3’s episode where we got to see William dream about sharing big moments with Randall and his family.

Admittedly, this is hard for most people to get though. I mean, look at how hard it was to give Deja back to her mom.

It was even harder to watch her struggle to go back. It was so impactful to hear her say that even though she wanted to go back with her mom, that didn’t mean she didn’t wanna stay with the Pearsons. It shows the struggle a lot of kids go through who are adopted or in the system. It’s part of why Randall visited Howard University.

He loved the family that chose him, but he wanted a deeper connection to the culture that created him.

2 thoughts on “This Is Us, But Mainly Randall”